Girls on show… but why?

Take a look at any motor show in recent memory and you’ll notice that there are almost as many women as cars, sometimes more… why?

THE INTERNET IS awash with campaigns to create equality between the sexes. And I’m all for that. So what is it about car companies and motor shows that sees human beings used as decorations at motor shows.

In recent years we’ve had girls at Chinese motor shows removed from stands because they were showing too much flesh and because the ‘male’ journalists were struggling to contain themselves. But the trend of trotting out leggy young women and placing them on motor show stands continues. Having been to motor shows here in Australia (remember them) and overseas I can tell you it’s kind of creepy watching the blokes take hundreds of photos of these scantily-clad women adorning new cars and then posting them to blogs, usually titled ‘hot girls of (insert name of motor show)’… Why?

Ask most motoring journalists and they’ll tell you it’s the cars they’re there to see and the company executives, and those worth their salt aren’t talking with tongues in cheek. So, if that’s the case, do we really need girls on motor show stands? Of course, the answer is, NO.

I don’t get along to many home appliance shows, or technology shows but I’m pretty sure there aren’t leggy ladies hovering near the latest smartphone or TV. Or are there? And, if so, why?

The only thing you can think is that the car industry is still pretty backwards… oh, and it’s predominantly run by males.

There’ll be some of you who might try and argue it’s just a little bit of harmless fun. It isn’t. And, yes, the models are hard-working and I’m not advocating for a wholesale sacking of models, I’m just suggesting that, as a society, maybe we’ve moved on enough that we can celebrate women in the automotive business in other ways…

There are plenty of female designers, executives and engineers doing great work. Let’s talk about them. I mean, I have a daughter and I’d much rather say to her, ‘see that female engineer over there, or the head of GM, you could be just like her’. Rather than, ‘your only usefulness on this car stand is as a pretty piece of furniture for pervy men to take photos of’.

Yes, European and US motor shows are starting to add men into the mix (or celebrities – which again begs the question of, why?), but it’s just the same thing. It’s furniture on a motor show stand that doesn’t need to be there.

Asian motor shows, however, still seem to be a few years behind the times and the recent Gaungzhou motor show was a perfect case in point with numerous women on each stand with one car maker, let’s just call them LDV, sending out press images of their new car (pictured above) with pretty young woman in almost every single shot… wow.

But it’s not just motor shows where girls are paraded in front of cars. Let’s take a look at V8 Supercars and other motorsport events where ‘grid’ girls swan around with signs or drape themselves near the winner of the race. Again, why? And it’s not just cars… what about the Tour de France, yes, holier than thou cyclists also come in for a little bit of female adornment with the wearer of the Yellow jersey photographed near leggy ladies who are there simply because, well, and I’ve held off writing this, but I can’t any longer, women are placed into these spaces simply because men are sexist pigs who like to talk the talk about equality but very rarely walk the walk.

What’s the solution? Well, we need to replace the leggy women, and the bloke models too with people who can actually talk about the car the journalist or member of the public is looking at, and not in a car dealer kind of way. But in a, ‘hey, let me show you how X and Y work,’ or trundle out an engineer who can explain aerodynamic, suspension, steering, engine tweaks and their importance so that a journalist, who is nothing more than a vessel for motoring information, might relay to readers how things work.

Surely a car show is about showing off cars?

Seems bizzare that you would mention skin colour? I guess racism is ok if its against white skin.

Fair point. And, as someone whose grandparents lived through the Holocaust in Germany, I’d hate for it to be suggested I was racist. Article updated to simply say, ‘males’. And, I think you missed the point of the article? – Isaac

Yeah i know your not a racist just thought i would point it out…beware of stereotyping people.

Yes didnt you know (((These People))) are above all wrong doing – just ask the Palestinians. 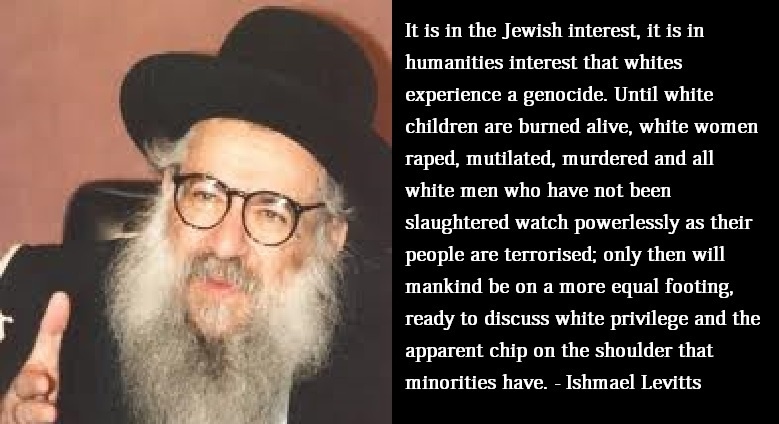 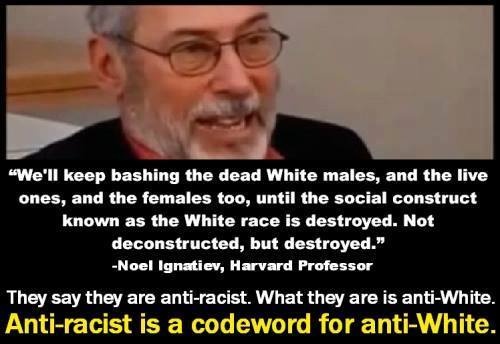 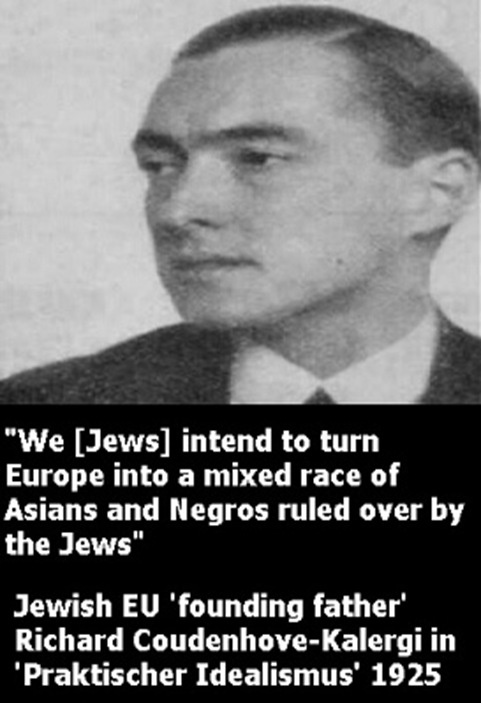 Cannot like this enough. As someone who generally find this makes her feel pretty awkward at a lot of car shows, and who has also experienced and witnessed a fair bit of inappropriate behaviour that it has fed into, I can’t wait until this odd and outdated practice disappears. MUCH rather have the opportunity to talk directly with an enthusiastic designer or engineer …

If you walk into a bar and there is a girl in there that is prettier than you is that also inappropriate?

Why would it be inappropriate for someone to be prettier than me?!

Although if I walked into a bar where women were paid to be there, and were paid to dress overtly sexily and act as decoration to attract men into the bar, and they were wearing bikinis and leather catsuits while everyone else was wearing usual After 5 attire … then there’s a good chance I’d decide it wasn’t the venue for me and walk right on out.

Which is kind of the point – that’s the vibe that’s being created at car show. And we are talking about car shows here, not bars …

“Why would it be inappropriate for someone to be prettier than me?!”

Indeed why would it be hence why im asking?

I think it’s called misattribution of arousal. A man might mistake the positive feelings he gets when seeing an attractive woman to the objects she’s near or talking about. The attendees at an appliance show are more likely to be of both sexes so it’s less effective there. I do see it at other male dominated expos. But I think the tide is turning and many now see the car companies that use women in this way as backward and lacking innovation. Articles like this are helping with the change.

Fully agree – I lived in Japan and I’d say 80% of the men at the Tokyo Motor Show were there to photograph the women. I actually asked Hyundai at the last motor show I went to in Melbourne why, if the Excel was such a big seller with young women (OK, this was quite a while ago), they had barely dressed women leaning all over the cars. The guy I asked got red-faced and quite abusive …

Whats wrong with Men being Men and Women being Women? Why would you force your daughter to become a man if perhaps she wants to be what she is a woman?
The worlds had a gut full of Anti-white, Anti-male, Anti-female media zenophobes hence election of Donald Trump – the worlds now heading in a more beautiful natural direction where Women are allowed to be women and as beautiful as she likes without some media zenophobe insisting she must twist herself into being some boring engineer to be considered a valid human being.

A woman can be a woman and be an engineer as well, and maybe even a beautiful one 😉

If your view is that ‘being a woman’ means ‘your only job is to stand there and look pretty, and don’t try to be smart because it’s boring’, then you’re just proving why articles like this still need to be written, mate.

Whats wrong with a girl being pretty?
Why does she have to become a man to be valid in your eyes?

Mate, you really do need to take a breather on this. You’ve totally missed the point of the article. Happy for you to comment on the article, whether you like it or hate it. But, yes, I did delete some of your other comments as I deemed them inappropriate. – Isaac

Why do you think they were inappropriate?

“No nonsence car reviews, advice, opinion”
Surely a recipy for inspired debate and interest to masses of people – surely cencorship is not required and in fact counter productive for public interest and indeed profits of a media outlet – why then the censorship? What exactly are you trying to conceal? 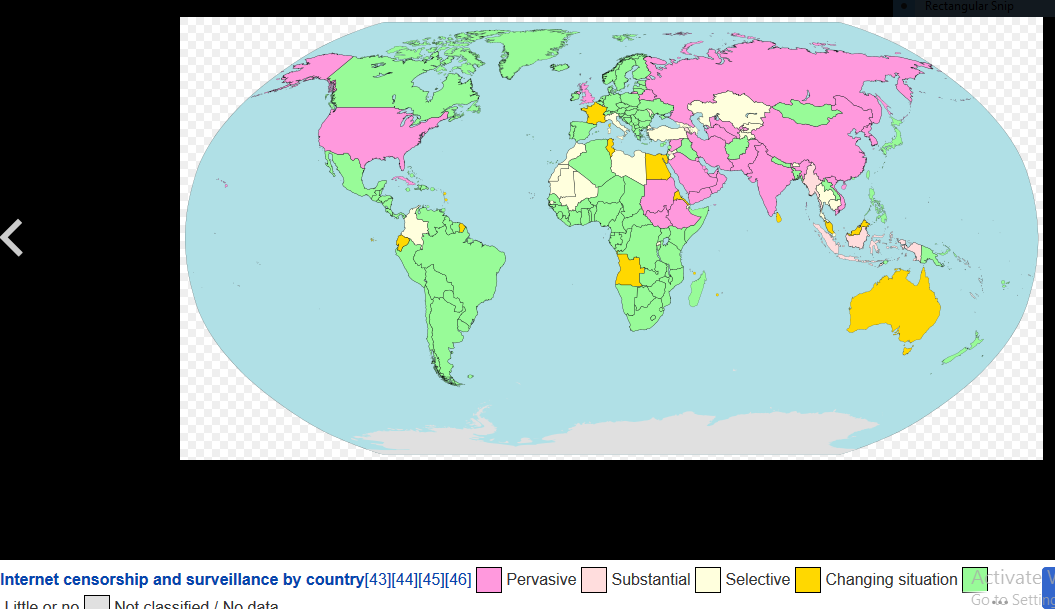 Censorship? You posted a picture suggesting Jews were holding down the ‘people’. That’s totally off-topic and not related to the article which was discussing why it’s inappropriate to have women used as pieces of meat at a motor show. The aim of a motor show is to show off new cars. Are men really that shallow that we’ll only go to see new cars if there are women to perv on?
This story is not part of a wider debate… it’s laser focussed on the issue of women at a motor show. And, earlier you asked if I’d rather my daughter grew up to be a beautiful woman or a boring engineer. Happy if she’s both. The point I was making is that she shouldn’t feel the only way she can be involved in the motor industry is if she’s wearing a short skirt and standing next to a car… Surely you can agree that that’s a very sensible sentiment? – Isaac

its funny sometimes the reaction i get when talking to the “show girls” as human beings, they are mostly relieved and chatty as the usual interaction they get is leering and drooling. I know they’re employed to look at, but they are still people. conversely the sales people I don’t care for at all.

Monterey rolled out some of the most expensive cars for sale

Girls on show… but why?