In a nutshell : BMW has launched its 2 Series Convertible tweaking some of the issues we all had with its 1 Series predecessor. Think premium open air motoring at a reasonable price point.

How we rated the 2015 BMW 228i Convertible
Practical Motoring Says : you get a lot of car for a compact model. It remains to be seen whether the sum of the parts are enough to tip buyers over the $68,900 plus price tag. That said, at the conclusion of our 7 day drive we were sad to hand back the keys, not only does the BMW 228i convertible look fun, it made us feel like we were having loads of grown up fun - and that is hard to put a price on.

WHEN BMW DECIDED to spin-off its 1 Series coupe and convertible to become the 2 Series the world though the brand might have gone a bit mad. It hadn’t. And if we needed further proof of the soundness of the decision then look no further than the 2 Series Convertible which, together with the Coupe hints at the sporty compacts that made BMW’s name in the 1970s, ‘80s and ‘90s.

With this 2 Series Convertible, and we’re testing the middle-child 228i variant, BMW has addressed all of the previous rebuffs of the 1 Series Convertible; there’s more room in the back seats, larger boot space, and reduced wind noise for a more practical, sporty car that can actually perform for most lifestyles.

Compare the two side by side and the 2 Series Convertible is clearly bigger than its predecessor, maintaining the balance and proportion of the smaller drop-top it replaces. This new car is 72mm longer and 26mm wider than the 1 Series with the wheelbase stretching by 30mm, which adds up to a more usable package. Drop the top and there’s still 280 litres of boot space, or 335 litres with it up.

All petrol models in the range (there are three – 220i, 228i and M235i) get the same 2.0-litre turbocharged four-cylinder, which in our 228i test car produces 180kW (at 5000-6500rpm) and 350Nm of torque (at 1250-4000rpm) ensuring getting from go to gone is effortless. This is mated to an eight-speed automatic transmission that’s as smooth as silk in either auto mode or when you manually shift. There is also a diesel powered variant, the 220d.

A tap on the accelerator and the car moves from comfortable city cruising to exhilarating drive in a heartbeat, easily performing when asked to make a quick overtake (Sunday drivers…). The ride straddles sport and comfort, erring on the side of comfort, although, that said, the 228i doesn’t exactly feel lazy in the corners, holding on well no matter the condition of the road.

For many, driving along with the wind in your hair is one of life’s simple pleasures, and BMW’s  claim of having cut the buffeting and wind noise by up to 50% over the vehicle it replaces seems fair. Indeed when passengers were left at home (and the rear seat wind defector was inserted), the excellent audio system was still clear – despite a stiff breeze blowing along a coast road.

In a week where it swapped between light rain and torrential rain, many attempts to spend more time with the top down were foiled, although we were able to fully appreciate the insulated soft top – the cabin comfortably quiet (even with the pelt of an impending hail storm, the deluge was reduced to a comfortable patter).  Then there is the matter of ease – not much point having a convertible if it is not easy to use. A simple depress of a button on the centre console, and the top is raised or lowered in just 20 seconds. Better yet is that it can be activated at a cruise of 50km/h. One point worth noting is the two substantial blind spots when the top is up, eventually they begin to fade in prominence, simply placing more reliance on mirror use and more concerted shoulder checks.

That brings me neatly to the interior; from a coating on the leather to protect it from the elements (the Australian sun can be unkind…), to the dash lit up like a Christmas tree of electronics.  Initially the options might cause some buyers to feel faint of heart (this driver included); concerned that a month of Sundays might be required to learn to navigate the controls. Don’t panic, though…

Each BMW dealership provides a handover from showroom to drive away, via an assigned BMW, ahem, Genius staff member, and we asked one of the staffers to run us through a customer handover. And, even with many balls in the air and the attention span of a gnat, it was a relief to find that after 30 minutes of patient tutorage, this driver’s confidence was restored. Further, after a few hours of driving (and stationary tinkering), we found our way around the majority of options with the iDrive touch controller (easily operated with one hand), and if you still want more, then access to concierge services and real time traffic is $1200 for 3 years. Auto start is a matter of taste, some like it some don’t, either way it didn’t get in our way although we’re not so sure it saved much fuel either.

We gave the 228i Convertible a serious urban workout during our week, ferrying to sports and school, the usual shopping runs, and tight space activities. The daily post school run caffeine hit nestles beautifully in an easily accessible cup holder just behind the gear shifter,  with not a drop spilt when negotiating a speed bump better suited to an SUV. We manage to comfortably include what in the majority would be asked of this convertible. While we didn’t need the option, the BMW has both anchors and ISOFIX mounts for a baby seat, although crawling into the back to pick up baby could wear thin.

Even with an autumn chill we felt snug in the cabin. Perfectly directed air vents and heated seats kept the elements at bay. Once over the afore mentioned hump of getting to know the electrics, the navigation system is a breeze and Bluetooth excellent. Perhaps it was a voice tone problem, however after several attempts we gave up on the voice recognition system. One too many incorrectly dialled phone numbers, and led-astray street directions – although it must be said, this is not unique to this car (the system is designed to become accustomed to the drivers voice, perhaps if we had driven the car for longer we would have noticed improvement)…

Seat comfort in the front is superb, although the manual seat adjuster is cumbersome. On the upside the parking assist camera takes any guess work out of tight spaces, to the point that even a self-professed parking expert, er, me, is converted. Reports from backseat passengers point to better than expected legroom, albeit a cosy ride. Access to the back seats for passengers is better than other two door car experiences (courtesy of wide doors), the flip-side is that accessing the front seat belts requires quite a twist.

It seems driving a convertible elevates you to a previously unknown club, subtle waves and acknowledgement from fellow drivers are pleasant, if not surprising. The open air feels strangely intimate – when waiting at the lights, snippets of conversation from neighbouring cars float over, causing my usually, selectively deaf tween to subconsciously lower the level of the audio. Envious glances from friends driving practical vehicles confirm the universal appeal of the car. 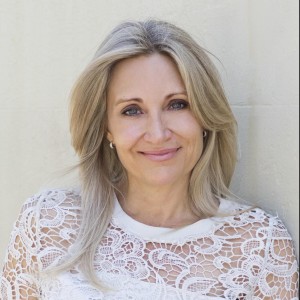 Monique van Tulder is The Urban Mum, a freelance writer who runs her own luxury travel blog for families that like to travel in style. A travel expert, Monique worked in the travel business for almost 20 years before launching her site that aims to save you time when planning your holiday with little tips to make that trip truly special... she also likes luxury cars.