IT’S SAID CATS enjoy nine lives, but at 10 years, three facelifts in and counting, the incredibly popular Mitsubishi ASX seems to have some of that feline fortune. Is it deserved?

For people without long memories, the Lancer-based XA-series crossover arrived in mid-2010, building up a fan base with its roomy cabin, lofty seating, lusty performance, low running costs, easy manoeuvrability, dependable engineering and a generous warranty.

Canny Mitsubishi was onto something, as the ASX was perfectly positioned to ride the SUV wave. A regime of continuous updates commenced with the 2012 XB, bringing higher equipment levels, while 2016’s XC makeover really amped up sales thanks to better front-end styling. With most buyers choosing the cheaper 2.0-litre front-drive versions, the diesel and all-wheel drive versions had vanished by 2018.

The XD series attempts to consolidate ASX’s sales domination with a substantial facelift, featuring a redesigned bonnet, (all-LED) headlights and grille. Elsewhere, there are revised bumpers and tail-lights, fresh colours, an inch-bigger touchscreen, upgraded multimedia and minor trim differences. There’s also more kit than before, a larger (2.4-litre) engine powers the top two variants, sporty MR and GSR models debut and AEB is included on everything.

What does the Mitsubishi ASX cost and what do you get?

Also priced at $27,490 is the box-fresh MR, building on the ES with blackened grille, alloys and mirrors, and then also throws in keyless entry, push-button start, privacy glass, red leather stitching for the wheel, gear lever and hand brake, and aluminium pedals. The goal is to attract more males to ASX.

Then there’s the revised mid-range LS from $28,490. Rising $500 over the old one, it’s essentially equipped like an MR, but with roof rails, though it subtracts the blacked-out and red-stitched racy stuff. Mitsubishi reckons this might be the bestselling variant.

All of the above continue with the trusty 110kW/197Nm 2.0-litre petrol engine, but the long-lived 2.4-litre with 123kW and 222Nm gives the brand the excuse to create another new sporty model in the guise of the GSR. From $30,490, it eclipses the MR with extra grunt, paddle shifters for the mandatory (boo!) auto, faux suede/vinyl seat trim, blacked-out headlining, six speakers instead of four and a roof spoiler. Saucy!

Sure, there’s a reverse camera, CarPlay/Android Auto, Bluetooth, that big touchscreen, controls that are so clear to operate that jet-lagged folk arriving at any airport car-rental joint will be relieved at the mindless ease of it all… and other modern conveniences.

However, the dash is a flair-free affair from another era, finished in drab hard plastic. The multimedia system looks cheap and aftermarket, and functions like one due to the fiddly menus, low-fi graphics and dodgy Bluetooth reception. Some switchgear is scattered and/or hidden from the driver, there is no auxiliary digital speedo and despite the advanced safety spec, expected driver-assist tech like radar adaptive cruise control is sadly AWOL – even on Exceed. Plus, on one test car, the air-con struggled in low-30ºC heat.

Like we said, antiquated and outmoded, and so outclassed, especially given that Mitsubishi’s related Eclipse Cross’ cabin feels light years ahead.

How much space is there in the Mitsubishi ASX?

The ASX has long relied on its comparatively spacious back row (courtesy of a lengthy 2670mm wheelbase – the same as the midsized Outlander SUV’s!) to draw consumers away from smaller rivals like the Mazda CX-3. Of course, this benefit carries over in the 2020 facelift, as does the reasonably roomy front seat area, plentiful storage choices (try the sizeable glovebox, centre console bin and door pockets) and relatively capacious cargo area (for the segment).

But some of that advantage is squandered due to seat cushions that feel flat and lacking in support after a long spell. We also prefer the ES cloth pattern to the vinyl-like leather in Exceed.

Speaking of which, note that though the ASX’s cargo capacity is rated at 358 litres, the Exceed’s is about 50 litres shy of that due to a large speaker. All variants use a space-saver spare wheel.

The ASX’s central touchscreen has grown a whole inch, to 8.0-inches, and now incorporates Apple CarPlay and Android Auto. That’s the good news. Everything else about it looks and feels old, beginning with the unattractive graphics and slow-response interface.

Additionally, using the Exceed’s TomTom sat-nav system proved confusing; phone sound quality is poor and difficult to decipher, perhaps because it comes from just one speaker on the left door; and the DAB digital radio’s reception also struggled. That said, the Rockford Fosgate audio’s sound quality was pretty good – though it has to compete with a cacophony of road and tyre noise (more on that below).

Meanwhile, the small trip computer readout between the analogue dials is comprehensive but also bitsy and dated, and the aforementioned lack of digital speedo is an inconvenience.

With the diesel and AWD gone and no hybrid in sight, ASX buyers are stuck with two related MIVEC twin-cam petrol engines – the carryover 110kW/197Nm 2.0-litre and ‘new’ 123kW/222Nm 2.5-litre alternative – driving the front wheels through a continuously variable transmission (CVT auto). The exception is the ES and its five-speed manual transmission.

‘New’? Well, legions of Mitsubishis have employed these powertrains since the mid-2000s.

No 2.0-litre ES manual was available to sample on the launch, but we know from past experience that it’s a sweet and slick shifter – so preferable to the CVT alternative. The latter actually accelerates off the line with some urge and is perfectly adequate for pottering about town or the ‘burbs, providing enough muscle to scoot between shifting gaps in traffic.

Out on more open roads, however, the CVT seems to take its time responding to throttle inputs, and then will hang on to higher revs as it attempts to find the appropriate torque band, and this means two things: lots of engine noise accompanied by endless droning at motorway speeds or when overtaking. Mercifully, once the 2.0-litre’s done accelerating and settles into a leisurely cruise at the 110km/h national limit, that commotion dies down quite substantially.

But here’s the thing. The 2.4-litre alternative with its 12 percent more power and 13 percent extra torque as driven in the MY20 Exceed is a bit of a letdown.

Far from the big cubic-inch power machine that its 400cc promises, out in the real world it seems barely any quicker than the smaller engine sprinting from a standstill, and at times not quite as smooth either.

What we did find, though, is that an ASX-full of merrymakers and their gear meant that the larger donk didn’t have to rely so much on screaming high revs, even over hilly terrain, since there’s a handy extra wad of torque to fall upon, while passing slower freeway traffic was that little bit more effortless.

Along with the interior, it is the ASX’s on-road behaviour that most betray its age.

Most drivers should find the steering light and easy to manage. In crowded urban streets, it will turn in tight spots without a worry, go exactly where the wheel is pointed and quickly feel second nature. The same more or less applies out on long wide straight highways too.

Add speed and a sharp corner, though, and the ASX can be a little inconsistent in response and remote in feel, requiring the driver to correct or adjust the turning angle just to maintain a clean and fluid arc through. After a while, this can become quite tiring.

However, not as taxing as the suspension’s inability to properly soak up bumps, resulting in a tedious never-ending jiggle and motion on all but the smoothest surfaces. Blame the sizeable 18-inch alloys if you like, but it also seems that the springs and dampers aren’t quite working in harmony with each other either, meaning there’s firmness as well as excessive lean at speed.

Additionally, larger humps and bad roads are heard as well as felt with monotonous repetition, while there’s a fair amount of tyre noise also entering inside. Relaxing and serene the ASX is not, sadly, so it’s best suited prowling the urban jungle rather than the wide-open land.

How safe is the Mitsubishi ASX?

The MY20 Mitsubishi ASX has a five-star ANCAP rating – though it was tested way back in 2014 when the rules were less stringent than they are nowadays.

Remember, too, that the ASX lacks some of the driver-assist safety systems in more modern cars, like adaptive cruise control and active lane-departure mitigation with auto lane-change and pull-over and full-stop technology.

Still, the standardisation of AEB in the base model is a step in the right direction.

What are the Mitsubishi ASX alternatives?

From inhouse comes the Mitsubishi Eclipse Cross – which is barely any larger but much more modern and with a very strong and efficient turbo powertrain.

Then there are the arch rivals in the Small and Medium SUV segments that the class-straddling ASX is priced against – including the Mazda CX-3 and CX-5, Nissan Juke, Qashqai and X-Trail, Toyota C-HR and RAV4, Honda HR-V and CR-V, Hyundai Venue, Kona and Tucson, Kia Seltos and Sportage, Holden Trax and Equinox, Ford Escape, Jeep Renegade and Compass, Renault Captur and Kadjar, SsangYong Tivoli, Suzuki Vitara and S-Cross, Skoda Karoq and Subaru XV.

Consumers are truly spoilt for choice. 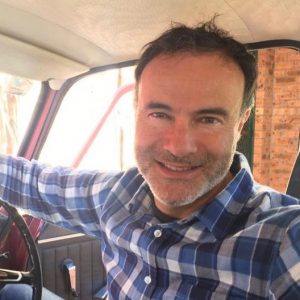