The first image, sort of, of the 2020 Ford Bronco has been released and it throws up more questions than answers… or does it?

THE FORD BRONCO is fondly remembered by everyone who blocks out the infamous OJ Simpson car chase. Moving on. Ford has long promised a new Bronco and it looks to be finally making good on that promise.

The 2004 Ford Bronco concept left no-one in any doubt that Ford saw a resurrected Bronco as a boxy off-roader with definite styling cues from the 1960s original. Ford didn’t proceed but then seemed to test the waters with a boxy fourby by releasing the Troller in South America.

And then talk of the Bronco fell to the wayside as the new Mustang arrived and the world turned. But the release of the Ford Ranger and Everest and especially when the US announced it would take the Ranger seemed to suggest a new Bronco was closer than we thought.

Indeed, for some time we expected the new Bronco to be based on the Everest, and why not. But judging by the picture above, we’re now not so sure. We won’t get to see the new Bronco until the Detroit Motor Show in January 2019 so here’s what we think we know…

It seems to look more like the original concept and Troller than the Everest. But, hey, that’s just sheet metal, right. But the image also seems to suggest the new Bronco, like the original, will be a two-door jobbie. Now, there’s a short-wheelbase Ford Ranger in Thailand and we know the platform under the Ranger/Everest will be used for the Bronco, indeed the SWB Ranger platform sits under the Brazil-only Troller T4.

A Ford source allegedly told Automotive News in the US that, like the original Bronco, the new one will have a solid front and rear axle, which is like the Wrangler. They’ll be supplied by Dana (same as Jeep Wrangler) who’ve already stated that they’ll be be providing the axles for the Bronco.

While we can only speculate about engines, it’s likely the new Bronco will be available with the same engine the Ranger will run in the US, which is a 2.3-litre turbocharged four-cylinder. But, Ford has also said it’ll be slotting hybrid powertrains into SUVs and road cars going forward, and the Bronco is on that list, as is F-150 and Mustang.

“Hybrids for years have been mostly niche products but are now on the cusp of a mainstream breakout,” said Jim Farley, Ford president, Global Markets. “The valuable capability they offer – plus fuel efficiency – is why we’re going to offer hybrid variants of our most popular and high-volume vehicles, allowing our loyal, passionate customers to become advocates for the technology.”

We can expect more information to dribble out over the coming months and, until then, here’s the big talk from Farley, “Ford helped start the off-road phenomenon and has majored in off-road capability for decades – from the Bronco to the Raptor. Now, we’re ready to reclaim our rightful place as the off-road vehicle leader.”

Besides the arrival of the new Bronco, Ford also teased the launch of an unnamed new compact rough-roader. Pictured below.

I read about these products from Ford and think… COOL! But then remember that I live in Australia so unlikely to ever see one in the flesh.

There is allso talk of a Stang SUV,have the price of Bm X6 mouth watering,but bhaa it is going to be electric 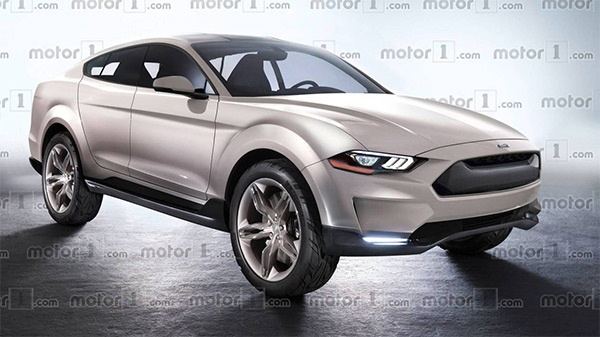 GWM Tank 300 could arrive next year