With half a million LEAF sales under its belt, Nissan is one of the most experienced electric vehicle manufacturers on the planet. In Australia however, the LEAF has mostly been viewed as a city or urban offering due to its limited EV-only range and our slow-to-grow charging network. All that may be about to change as the 2021 Nissan LEAF offering has been expanded with the introduction of the Nissan LEAF e+ featuring a beefed-up battery which takes its total range to 385km (WLTP standard).

Also set to pique interest is the bi-directional charging capability that comes as standard on the LEAF, allowing owners to power their own home – technology Nissan says will be available in Australia this year.

With greater range and performance, and the flexibility of off grid power delivery – does the LEAF e+ have the goods for everyday motorists looking to move into their first electric vehicle?

How Much Does It Cost?

There are now two Nissan LEAF models available in Australia, the original LEAF we had on long term test.

has a 40kWh battery with potential range of 270kms (WLTP standard) and is priced at $49,990 plus on-road costs. The new Nissan LEAF e+ has a more advanced battery pack extending range to 385kms but the extra range comes at a $10,000 premium bringing the cost of the Nissan LEAF e+ to $60,490 plus on-roads.

features more complex battery technology than the standard LEAF. By improving the energy density of the LEAF’s battery pack by around 25 per cent, engineers have created 22kWh additional energy storage while retaining a similar sized battery pack. Not even a trained eye will notice the 5mm height difference between the LEAF and LEAF e+, necessary to include the revised battery pack.

In addition to the longer range, the LEAF e+ also promises improved power and acceleration over the LEAF. The LEAF e+ will accelerate to 100km/h in 6.9 seconds improving over the LEAF’s time by one second. Max power is increased by 45 per cent to 160kW and 340Nm promising more confident overtaking.

How does the Charging work in the Nissan LEAF e+?

Nissan has improved the charging rate of the LEAF e+ over the LEAF and the e+ is able to charge up to 100kWh via its CHAdeMO SC cable connected to a DC fast charger, taking it from 20 per cent to 80 per cent capacity in 45 minutes.

If access to a DC fast charger is not available, Nissan has two charging options for people looking to charge from home.

For drivers who travel short distances and need only a top up charge, the LEAF can charge via a three-pin 10A wall socket. Should a driver deplete the 62kW battery of the LEAF e+ it can charge over a wall socket but will take 32 hours to fully charge.

More frequent long-distance drivers will likely want to equip their home or workplace with an AC charger in the form of a garage wallbox. Using the LEAF’s Mode 3 cable, connection to this charger will see the LEAF e+ take a full charge in 11.5 hours, sufficient for a full overnight charging session.

What is the Nissan LEAF’s bi-directional charging?

Not all electric vehicles are created equal and the Nissan LEAF has a clever party trick in the form of stationary power delivery, or what Nissan calls bi-directional charging.

Bi-directional charging enables the LEAF to be used as a battery pack to run household appliances, or as demonstrated at the Nissan launch, can be connected to an inverter (similar to a solar inverter), to run an entire AV presentation off-the-grid.

So how does it work? The principal is straightforward but Nissan is currently the only manufacturer to offer the technology as standard on its 100 per cent electric vehicles from the factory. Once the home technology of charging solution and power inverter is set up, the owner simply needs to plug in the LEAF to the charger to either charge from the grid or installed solar. Once charged, the flow of power can be diverted back to the home once the vehicle is fully charged, seeing the LEAF operate as a household battery (like a mobile Tesla powerwall).

To make this technology a reality in Australia, Nissan has been working in conjunction with a consortium of interested parties in the Realising Electric Vehicle Services (REVS) project. 51 Nissan LEAF vehicles on the ACT Government’s fleet are part of the trial, using Nissan’s partner JET Charge’s prototype Vehicle 2 Grid hardware.  The trial sees the LEAF vehicles connected to the grid, enabling them to either charge their battery or add extra power back into the grid where needed to help stabilise the load in peak and off-peak periods.

This is an exciting prospect which Nissan envisions could be a solution to swift power delivery in Australian regions impacted by natural disasters and could lead to energy independence for home owners seeking an entirely off-grid existence.

The Nissan LEAF’s latest design iteration is smart, relevant and appealing. Gone is the first generation froggy appearance, replaced with a modern hatch design and now available with a range of two-tone paint options. Its unique appearance is enough to make it stand out from the crowd, without it screaming too hard for attention.

The interior layout of the Nissan LEAF e+ is more conventional car than the hyper-streamlined Tesla Model 3 (its obvious competitor at this price point).

The interior of the e+ mirrors that of the standard LEAF.

with a mix of plastic finishes, leather trimmed seats with blue accent stitching and an easy-to-live with console design incorporating phone storage. Two unusual features stand out from a conventional vehicle layout – the first, the rotary drive mode selector which takes the place of a conventional gearstick and a foot-operated park brake, a throwback to motoring gone by and a glaring mechanical interference in an overly modern vehicle.

As electric vehicles require efficient power usage of ancillary functions, front and rear heated seats are fitted as standard as is a heated steering wheel. This makes for more efficient driver and passenger warming in place of using the HVAC system to heat the air in the cabin – equating to additional range.

How safe is the Nissan LEAF?

The Nissan LEAF has a five-star ANCAP rating and a host of active safety systems.

A 360 degree camera allows for full viewing around the vehicle while parking while further intelligent safety systems include predictive forward collision warning, intelligent emergency braking with pedestrian detection, lane departure warning, blind spot warning, rear cross traffic alert and of course a vehicle sound for pedestrians to alert them to the LEAF’s presence.

Vehicle data including energy usage and charging station locations can be displayed on the colour touchscreen while current electricity usage and range are viewed on the driver display, ensuring the driver has a clear view of range until empty, giving plenty of warning should they need to seek out a charger.

Cabin storage is flexible with a range of useful storage areas throughout. Console storage includes room for a plugged in mobile phone, but there’s no wireless charging available. Two cupholders and a storage bin complete the console layout.

Boot access is wide and there’s a storage area for the charging cable which doesn’t impinge on the overall space available. The flat-bottomed boot will hold three airline sized carry-on bags and offers 405-litres of storage space.

How about the fuel efficiency?

At the launch of the new Nissan LEAF e+ we travelled a drive route of 230kms travelling from Melbourne Airport into the Macedon Ranges over the top of Mount Macedon, through Woodend to Daylesford and return.

The first leg of the drive, took us to the base of Mount Macedon – a distance of about 35kms. The battery range showed 25 per cent of the charge had been used at this point, no surprise to this local as the Calder Highway incline is an EV range killer. By the time we reached the half-way point of the journey, the vehicle showed 48% charge available or 172km of range.

My partner and I exercised some more judicious driving on the return to Mount Macedon, employing the e-pedal and working through both B-mode and Eco mode to maximise regeneration, adding valuable mileage back into the battery.

By the end of the drive, the LEAF e+’s onboard computer served up the final statistics. We had 51km of range available in the battery, equating to 13 per cent and had averaged energy consumption of 18.9kWh/100km.

While the Nissan LEAF e+ promises greater power and acceleration over the standard LEAF, there’s no escaping the additional weight of its denser battery which adds 115kg.

Acceleration is pretty good and once the car is at speed its overtaking performance is definitely improved, but it is in cornering and braking that the LEAF e+’s extra heft shows itself and it feels very heavy over the rear axle. Driving downhill through corners requires a significant braking effort to pull up the car, and a lack of feedback through the LEAF’s steering wheel contributes the distinct impression that while the performance is enhanced, this is not a dynamic vehicle.

In everyday road driving, on the freeway and through town, the Nissan LEAF e+ is much more at home. Selecting the e-pedal means acceleration and deceleration are managed solely through the on-off pressing of the throttle pedal, while B-mode enhances braking regeneration. It is very satisfying to see conservative driving rewarded with more range added to onboard computer.

The LEAF’s suite of safety technologies including the audible pedestrian warning at low speed work well however the lane departure warning is sensitive and is very obtrusive, bordering on obnoxious. If this were my everyday car, I would switch it off.

With a growing range of alternative electric vehicles available in Australia, there’s never been more choice for customers looking to move into an EV. At this price point, the most obvious competitor is the Tesla Model 3, which is a better car for people looking for a more dynamic drive. For motorists seeking something other than a Tesla then the Hyundai Ioniq EV or Kona Electric are worth consideration.

The new Nissan LEAF e+ isn’t just a new electric vehicle. It is a lifestyle solution. At its price point, without Government incentives, it isn’t a mainstream proposition (yet), but it is clever and will appeal to drivers looking for energy independence and a new approach to reducing their carbon footprint.

It’s possible we’ll see bi-directional charging as the LEAF’s ‘killer app’, with transport even reduced to a secondary function for future EVs. Nissan says early adopters won’t be choosing the LEAF for its economic payback, they will be choosing it for its flexible new technology and to trial a new approach to energy delivery.

With its extra range, expect to see the Nissan LEAF e+ in the garages of today’s out-of-town eco-warriors. This is modern motoring for the off-grid enthusiast.

New 2022 Nissan Qashqai: Everything you need to know 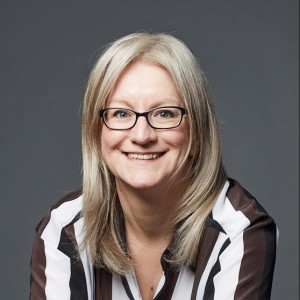 How to buy a car on finance

When and how to use the different lights in your car