Brooding storm clouds hover overhead and, despite being early afternoon, light is fading. Soft mist begins to coat the tarmac, just enough to make the surface slippery, but not wet. Strewn leaves from high winds litter the road, becoming ever more treacherous with moisture. However, the mid-20-degree December climate is doing its part to add a modicum of dry.

In these changeable conditions, where every blind corner transports you into unknown conditions, is where the new G22 BMW M440i shines. It’s a situation in which the sub-branded M-car would be leaving an F80 M4 in its tracks. That’s a big statement, but the level of confidence the xDrive all-wheel drive coupe instils and the competence in which it translates its grunt to the road is impressive.

As the precipitation heavies and the circumstances worsen, the tempo changes from aggression to comfort. Where an M4 would still be a bit of a handful, the M440i calms in a way its hardcore sibling couldn’t. Yet, there’s still question marks lingering, of which the $100K-plus coupe will need to find answers for.

HOW MUCH DOES IT COST?

WHAT DOES IT COST TO OWN?

BMW offers a range of servicing packages for the 4 Series line-up. BMW Service Inclusive Basic packages cover scheduled services from three years/40,000km up to five years/80,000km. The programs include annual checks, oil and filter changes, spark plugs and labour costs throughout the period. Opting for five years/80,000km will set you back $1650.

It’s bold. And to some, that’s being awfully kind. Aesthetics are subjective, and opinions vary greatly depending on the context of the person viewing it. But let’s just say you should reserve judgement of the polarising grille until you see it in person.

The M440i gains a Cerium Grey surround for the oversized grille (and various highlights), those being the key differentiators to the 420i and 430i. Drag yourself away from the front and M Light alloys wheels (19.0 x 8.0-inch front, 19.0 x 8.5-inch rear) fill the guards nicely. Pumped rear quarter panels add presence to the side profile.

There’s little to differentiate the M440i inside, but the test car’s ‘Vernasca’ Tacora Red leather with décor stitching marries perfectly with the Dravit Grey metallic paint. It extends up the dash, too, and while the overall ambience is premium, there are elements that don’t exude luxe, like the sliding shield for the cup holders, for example.

Tech wise, the M440i utilises iDrive 7.0 infotainment which is displayed on the 10.25-inch touchscreen. A secondary 12.3-inch digital dashboard replaces conventional dials, while Apple CarPlay and Android Auto (with wireless charge pad) is standard. So is the BMW Digital Key and Parking Assistant Plus. Tri-zone climate control and USBC charging ports front and rear keeps everyone refreshed and recharged.

Sharing the same platform as the regular 4 Series Coupe, the M440i offers the same 440-litre boot (with a flat floor and folding rear seats). Inside, myriad stowage compartments are available, making it a practical tourer on a driving holiday.

WHAT ENGINES ARE AVAILABLE?

It’s a twin-scroll, single-turbo setup which drives all four wheels via a slick eight-speed torque converter automatic. On the move it certainly isn’t a slouch, with effortless pull anywhere in the rev range. The B58 is a tractable and potent unit. Despite being synthesised within the cabin, the acoustics aren’t disagreeable, either, and overrun histrionics seem to occur organically when you’re driving spiritedly.

WHAT ABOUT FUEL ECONOMY?

A performance-orientated, turbocharged petrol straight-six is never going to win awards for frugality. And while the 7.8L/100km on-paper consumption figure is impressive, access the M440i’s potent potential and it’s impossible to achieve. It can be entertaining to see how many kilometres you can add to the tank in EcoPro mode. Well, until the roads become twisty or there’s a gap in the traffic.

The xDrive all-wheel-drive system is naturally rear-biased and only starts sending added portions of drive to the front axle when slip is detected. Hence, the M440i feels inherently rear-driven (like all BMWs should) and you can attain surprising amounts of yaw – especially in the well-tuned MDM mode to slacken the ESC. You really can drive the two-door coupe off the rear axle when you provoke it, with a neutral balance and mid-corner rotation easy to come by. That’s thanks to the limited-slip diff out back and the electronically controlled multi-plate central differential.

So, while the rear Michelin Pilot Sport 4S tyres (225/40 R19 front, 255/35 R19 rear) can easily be coaxed into life, it’s the front-end that feels dull by comparison. Arrowing into a corner and nailing the apex is easily achievable, however, become slack with your line or extend beyond the tyre grip and understeer does come into the fray. The somewhat doughy, gloopy steering adds to the lack of outright feedback and connection to the road up front.

Still, you’d need a handy driver in something a little more special to pull away from it on a twisty mountain pass. Traction, thanks to xDrive and the 4S rubber, is hard to break as the M440i creates newfound levels of grip-and-go on corner exit never before seen in the 4 Series.

HOW SAFE IS THE 4 SERIES?

The M440i gains all the active and passive safety tech available in the 4 Series range. Check out the 420i/430i review for more details.

WHAT ARE THE OTHER RIVALS?

Positioned as almost, but not quite full-fat performance offerings, these coupes aren’t exactly skim milk. Just don’t expect headline 0-100km/h times or ultimate corner-carving ability – even if they’re damn good at both.

Audi has most pipped with its price point of $106,900 for its S5 – a consummate allrounder with a cocooning and plush cabin. It’s no slouch, either, with a 260kW/500Nm single turbo V6. The other German is the C43 AMG – the bad-boy C63 S’s understudy. Like its detailed company, it uses a turbo-six (V6) to send 287kW/520Nm to all-four hoops, outstripping both in terms of vocal acoustics.

The left-of-field contenders come by way of the $136,636 Lexus RC F (haggle for a deal) – it’s atmo 5.0-litre V8 is utterly charming and the big RC is an endearing package. A Porsche Cayman can be had in this company, with the entry-level Cayman coming in at $115,542. It’s down on power, but its chassis is sweet and presents dynamics verging on brilliance. The $94,536 Toyota Supra, which shares the BMW B58 engine, is a comparative bargain.

There’s no denying you’ll have to really want the M440i to buy it. The $116,900 price tag is significant, and there’s something missing in terms of emotional pull. However, one of the liberating benefits of the hot, xDrive-equipped 4 Series is that you don’t have to wait for perfect conditions for a spirited drive – something buyers of this M-light should seek out. Its competency in varied conditions is matched with poise when the tempo lowers.

While it might not be endowed with the design grace of the usurped F32, the addition of M Performance knowhow and xDrive grip to the 4 Series’ artillery has generated an impressive package. And one that certainly shouldn’t be overlooked.

First of all let me thank you for nice review and stunning photos.

I would also like to point out it’s interesting how many emotion this car brings to people.
May I ask why did you gave 4 of 5 stars to this car performance? It’s seems to me that 374hp should be more than enough. At least that is what I expect from carwow review

Very nice indeed but will not consider unless they improve their warranty to 5 years/unlimited kms.

What to expect fromt the new BMW i5 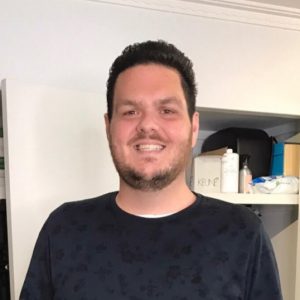