The much-teased Toyota HiLux Tonka concept has been revealed this morning… an adult-sized toy truck.

Clad in yellow and black tiger stripes the Toyota HiLux Tonka concept is a highly modified HiLux that goes well beyond the sandpit duties most Tonka trucks are confined in.

Based on the top spec HiLux SR5 dual cab, the Tonka is powered by a 2.8-litre four-cylinder turbocharged diesel. Ground clearance has increased thanks to the 35-inch tyres, some 75mm or so taller than standard, and Marks 4WD Adaptors portal axles (live rear and independent front) to increase the ground clearance from 225mm to 375mm, and modified suspension at the front. There are also heavy duty springs and adjustable remote reservoir shock absorbers from King springs to deal with the greater unsprung mass.

A laser cut, TIG welded 6mm alloy bashplate with front overriders protects the HiLux’s guts and side rails protect the body and chassis.

Out the back there’s a new tailgate wrapped in carbon fibre with spoiler and air vents, and with strap release instead of a handle. The tub is a removable tubular frame which holds diesel fuel cans, recovery gear and a fire extinguisher.

“We have taken Tonka out of the sand pit and reinvented HiLux from top to bottom and from nose to tail,” said Nicolas Hogio, Toyota Australia product design chief.

“Inspired by the Tonka trucks that kids play with in their backyards, the HiLux Tonka Concept goes way beyond the already hugely capable abilities of HiLux to traverse rocks and other rugged terrain.

“The HiLux Tonka Concept is dramatic evidence that our local team loves to have fun, we’re keen to explore new ideas and we’re always looking to push the boundaries of what’s possible.”

The Tonka will not be going into production, however, adults and kids alike can look forward to experiencing the Tonka at its national tours, 4WD shows, field days and expos.

Practical Motoring is visiting the Toyota HiLux Tonka today and will be reporting back on our ride in the mini monster truck, let us know any questions you might want answered while we’re with it.

Given i’d never be able to afford one if they did build it, when do the scale models come out :)??

Normally they are fitted front and rear on a 4WD because the gear reduction inside them would make matching diff ratios difficult if one was fitted to the rear only, not to mention matching the ground clearance…

Hi Andrew that was my editing error. It has portals front and rear, which is unusual as the front is independently sprung. Usually portals are fitted to live axled vehicles only. The exceptions I can think of offhand are the Pinzgauer and the H1. Marks also do a kit for the GU Patrol and the 79 Series Cruiser. 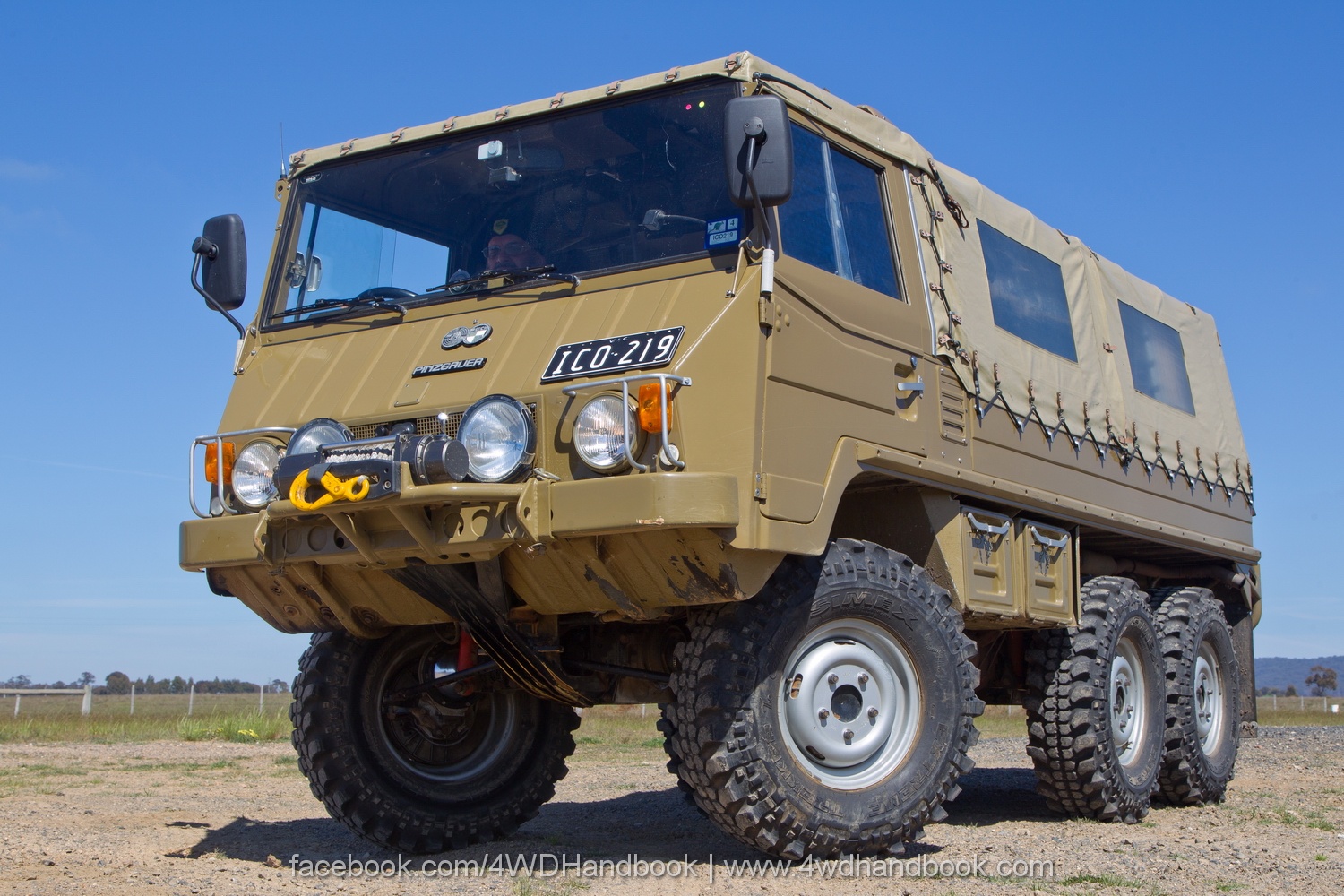 If you re-engineered the independent front suspension it would match a live rear axle for clearance, and then either use 1:1 gears on the portal or change the diff ratio for the front diff only.

Cheers Robert…..Makes sense that the vehicle could be designed either way, my assumption was that going portals front and rear would be simpler as there would be less re-engineering to get the extra clearance (4in or so) under the front diff and regrar the vehicle to suit the larger tyres….