More and more cars are coming out with Active Cruise Control, but what is it and how does it work?

BY WAY OF background, Cruise Control, as opposed to Active Cruise Control, (ACC) has been around since the 1960s and is now, more or less, a standard feature on all new cars, including trucks, tractors and even large “Cruiser” type motorcycles.

The normal cruise control we’re all used to allows a driver to set a speed and then the car will maintain that speed without the driver needing to touch the accelerator pedal. Then when the driver needs to adjust the speed, they can either do so via the cruise control stalk and/or buttons on the steering wheel, depending on the make and model of vehicle. The driver can also deactivate cruise control via the brake pedal, or momentarily increase the speed, say, when overtaking, by pressing the accelerator pedal. Cruise Control may return to the preset speed if you have deactivated it by pressing the accelerator, but will always disengage entirely if you have used the brakes or changed gear in a manual.  Check your car’s owner manual for confirmation of that function on your car.

Older cruise control systems simply used the throttle, so would let the car speed up beyond the target speed on downhills.  Newer systems use the brakes and even gears to properly maintain the target speed up or down hill.

Now cruise control has evolved to being able to adjust its speed based on the speed of the vehicle in front. Often used interchangeably, Active Cruise Control and Adaptive Cruise Control are one and the same – as usual manufacturers like to invent different names for the same technology. At least they’re both abbreviated to ACC!

What is Active Cruise Control?

Well, it works in similar way to your regular cruise control.  The driver brings the car to their desired speed and presses the set button, then the car maintains that speed. The ‘active’ part is that your car will slow down if your car detects another car in front travelling more slowly.  That’s perfect for freeway driving, particularly in traffic, and longer trips. The Active component of Active Cruise Control comes in the form of a RADAR or LIDAR sensor (depending on your manufacturer’s choice of technology) in the front of the car.  This sensor allows you to set the distance you want to follow the car in front, normally measured in time, typically 2, 3 or 4 seconds.

For instance, let’s say that you have your ACC set at 105km/h and a slower vehicle pulls out in front of you further up the road doing a mere 90km/h.  ACC is designed to pick this up and slow your vehicle down to match the speed of that vehicle, and follow at the distance that you have set.  When that vehicle moves out of your lane, and there are no other cars in front of you, your car resumes your original 105km/h.  It does all this without any throttle or brake inputs from you. But the system isn’t perfect, and we’ve got more on that below…

So, is ACC helpful?

Yes.  Active Cruise Control was designed with high-volume commuter traffic in mind.  Where speeds are constantly changing from 100km/h to a dead stop with not much warning.  It only takes one driver not paying attention for 1-2 seconds for an accident to happen.  Boredom, fatigue and in-car distractions are the biggest cause of accidents on the roads today.

How much does ACC cost?

When this sort of radar technology first appeared it was as a $1500 cost option on the $220,000+ 1999-model Mercedes-Benz S-Class.  Today, the average price point of cars with this type of feature as standard is approximately $60,000, so a lot of cars above that price point will feature ACC as standard, primarily European and Asian cars.  The great news is that this type of technology is becoming a priority to more manufacturers, who are making it available in more affordable cars.  Mazda have it as standard in both their top spec Mazda6 Atenza ($48,510+ORC) and Mazda3 Astina ($38,190+ORC), though it can’t be cost-optioned in lower models.

Subaru offer it as standard equipment on the top-spec Forrester and Outback models, and all of the Liberty range.  The latter are the only vehicles in Australia that offer the feature in a sub-$30K car ($29,990+ORC).  Interestingly Subaru are one of the few manufacturers that don’t use radar technology for this feature.  Instead they use an optical system called Eyesight based on stereoscopic cameras placed on either side of the rear view mirror.

On the flip side you can still spend $95,000-plus on an HSV GTS and not be able to access this type of technology.

Is it a tick box on the option list?

Not necessarily.  ACC will usually be part of a suite of safety features that some manufacturers refer to as ‘Forward Collision Warning’.  These systems are always active and commonly include, lane departure warnings, lane departure assist, brake assist, pedestrian detection and so on.  Because all these systems use primarily the same radar, laser or camera system (in some cases, a combination) as the ACC, they will be combined and marketed as a whole safety system depending on the manufacturer and the vehicle.

Do all ACC systems work the same?

No.  There are a lot of variations between manufacturers and even differences from model to model under the same marque.  Some ACC systems only work between 40km/h and145km/h and others can be active from stop all the way to 250km/h, requiring a touch of the accelerator to get going again if it does happen to bring you to a stop.  None should be fully trusted.

Heavy rain, fog and snow can interfere with the capabilities of these systems, and heading into the sun can throw out the camera-based systems.  Windy roads and cars that dive in to gaps in front of you can confuse the ACC which may not react in time.  The ACC may not detect long overhanging loads on trucks, or narrow vehicles like motorcycles.  It is critical to understand the limitations of the system and be sure that you are only using these systems as a back up to your own driving.  Don’t think it’s a set and forget kind of thing; you must still be paying attention to what’s happening around you.

Remember your set speed too.  You might have set it for 100km/h and then spent many minutes in traffic below 50.  All of a sudden once the road is clear the car will accelerate… and that might take you by surprise.  But overall, ACC is very useful because it means you don’t need to fiddle with the cruise control when driving in heavy traffic on freeways.

If you do own or buy a car with this feature, make sure you take some to get a feel for how it works. If you’re like me, the sensation of something else controlling the car that you’re driving will be weird for the first few times.

Is it a Gimmick?

No, it’s genuinely useful, which is not something we can say all of the latest driver aids.  With every new model release, more and more of this technology is being introduced. Fully automated vehicles are already being tested in different parts of the world and what we are seeing in the market place today, are the trickle down effects from that innovation.

With tech giants Apple and Google investing heavily in this type of automation for cars, the days of drumming along on your steering wheel (Google’s automated prototype was revealed without a steering wheel, but court rulings have dictated it be set-up for manual control) to your favourite song are numbered. Shame. 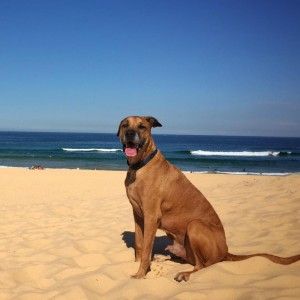 Whether it is trying to name a car just from its exhaust note, to being able to identify it from only a partial view of a tail light, Lachlan always finds himself wanting to know more without ever having to make a conscious effort to do so. He loves to look at them, listen to them and talk about them. Somehow driving them always makes him feel excited and relaxed at the same time. Growing up in rural Victoria made for some very liberal driving experiences from a very young age, which may have something to do with the passion that still exists.
After spending all his 20’s in the snow fields of North America, the 9-5, 40hr work week never really suited him. After a brief stints with Road Magazine in the UK, and Jalopnik in the US, he has found his way back home to do what he loves, where he loves to be.