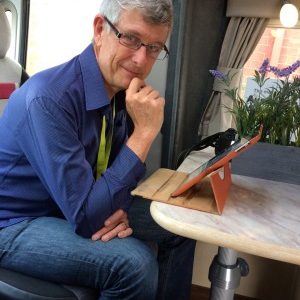 A life-long car nut and son of a Holden Man, Richard Robertson was raised in the days when a kid could know every car make and model on sale. Having worked across four-wheel drive and mainstream car magazines, and owned a pop-top Kombi in the early 80s, Richard launched iMotorhome in early 2012: A free downloadable PDF magazine and website dedicated to all-things motorhome and campervan in Australia. More than 100 issues later and with a iMotorhome New Zealand launching soon, iMotorhome has become a must-read for Grey Nomads and all lovers of motorised RVs. Find it at www.imotorhome.com.au and on Facebook at facebook.com/imotorhome.

Automotive advertising tends to sell the sizzle and not the steak… especially when it comes to European cars, says Richard Robertson.

Who’s fuelling who with the price of fuel?

When it comes to buying fuel for his vehicle, our Richard Robertson, reckons it really does pay to shop around for the best deal…

How does a sway bar disconnect help off-road?

Caravan and camper trailer theft on the rise

ARB BASE Rack for new Isuzu D-Max, BT-50 and more

How does a sway bar disconnect help off-road?

The difference when choosing an SUV vs 4WD

How to clean the worst mold and smells from a car